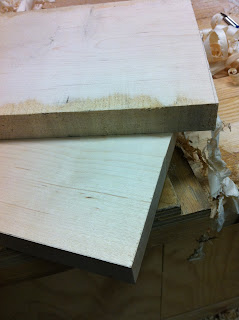 How to go from this to this in three easy steps:
Step 1: PRACTICE 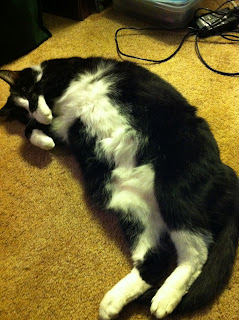 Seriously, I don't care how many fine tools you own, all glittery and sharp, or patinaed and worn, if you don't use them, well, you know.

No amount of book reading, magazine subscriptions, sacrifices to a pagan god (though they do work great for me) web sites, chat rooms, blogs, or Tweets will ever get you a fine, smooth, properly dimensioned board like practice. Maybe you'll get lucky once, or have an easy grained piece, but to get consistent, equally dimensional (at least as far as need be) results, you need to spend hours a day, days a week and every damn moment you can squeeze in.

You already know the process.

grab the lowest tpi saws you have and cut that stuff, remember to add a quarter inch on every side 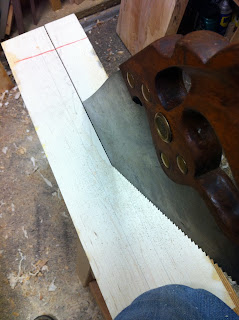 get one good edge and cut another piece 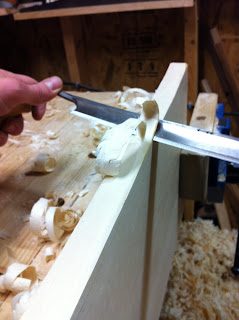 joint that mother to the first 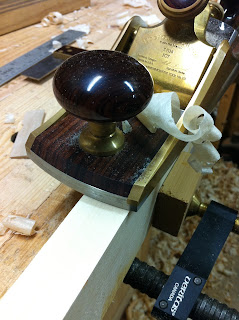 and wait for glue to dry

(or in my case, bring them inside, wait to let them warm up, wait for the glue to set, bring them back outside)

find a good face, whatever planes you need to get there

make the other face good 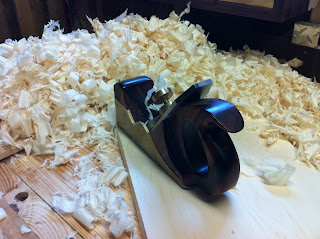 mark, cut and plane your ends

now do it how ever many times you have to to get it right!
Posted by Carl Jara at 4:22 PM No comments: 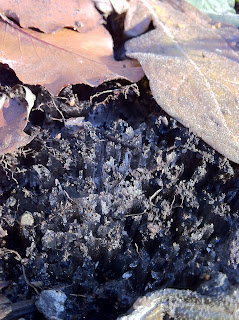 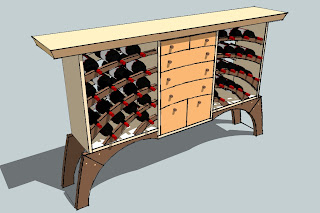 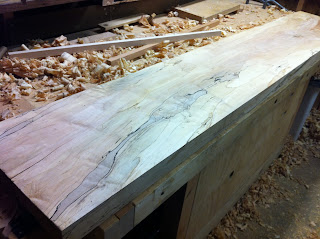 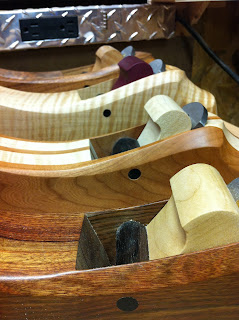 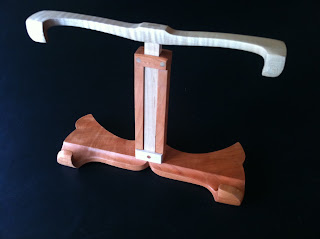 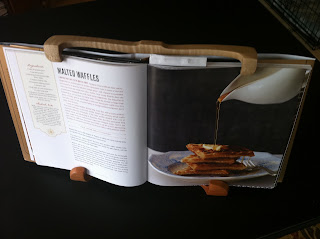 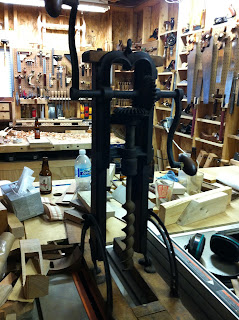 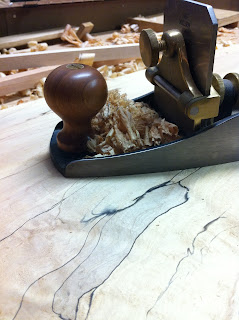 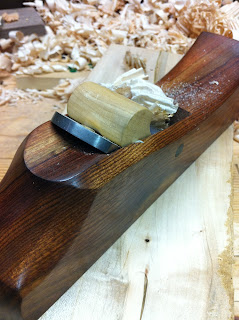 So this next project is gonna be a doozie, lots of different joinery approaches, contrast of material thicknesses, and some stuff I've not yet had the guts to figure out, I'll try to keep up with the posts, if only to document its progress, but maybe someone of you will learn or teach and this will all be worth the voyage.
Posted by Carl Jara at 8:18 AM No comments: