point of no returns 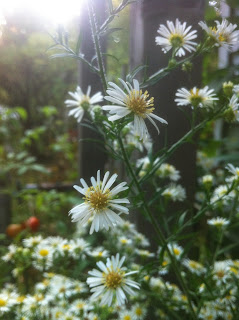 I'm figuring if you've stayed with me this long, haven't grown tired of my repeated ramblings, my photos of tools old and new in all sorts of uncompromising positions, my occasional profanity
then I'm doing pretty well. And that by now you've learned enough of the essential tenants that I don't have to digress, and the long winded linear sequitur is already apparent.

how to make breadboard ends: 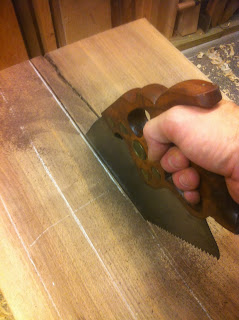 step one: cut the wood 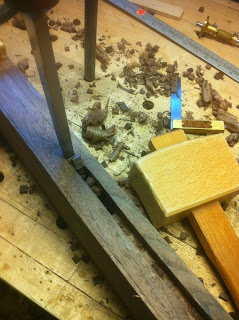 step 42: chop the groove and mortices

oh wait..
did I miss a couple steps there

yea, sorry I did,

so yea, step 2: cut the wood the other way

step 4: have fun planing for the next few steps

step 22: I'm pretty sure a beer is one of the steps about now

step 23: check everything you planed before you had the beer

looks a hell of a lot better doesn't it? 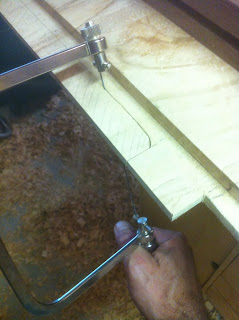 the cheapest tool I currently use, I think I spent five dollars on this, the blades cost more
my review: hey it works, in fact it works great, in fact the fact that it is butt ugly, cost five dollars and works great makes it one of my favorite tools! 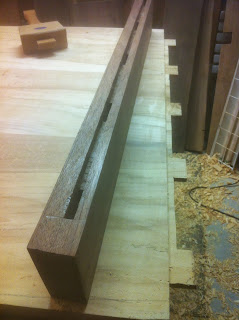 step 204: test fit for the twelfth time then use a rasp, plane or pig sticker, whatever it takes, to get it right. 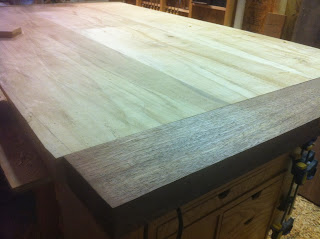 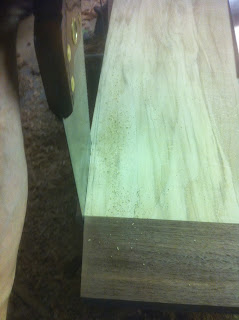 step ok I'm starting to loose count, the ubiquitous overhand rip,
I did this both towards and away from my body, depending on the corner being ripped 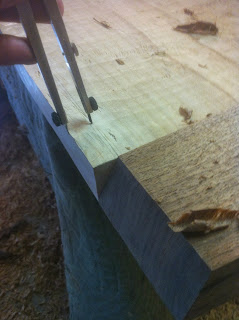 scribe, this is the simplest way to mark a big bevel 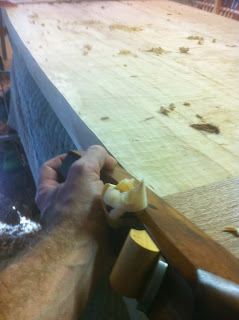 then of course, plane, set for big cuts, this is tough work but it moves fast 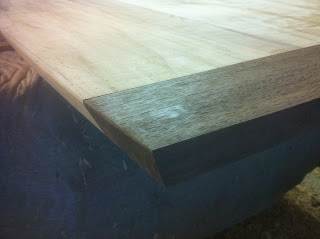 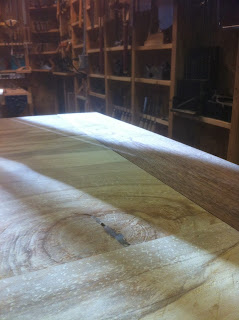 at the end of the day, it's amazing to realize the progress 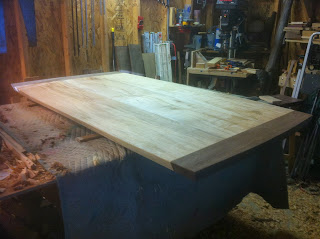 OCD is not a disorder 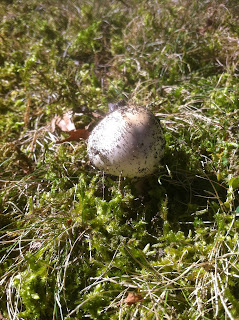 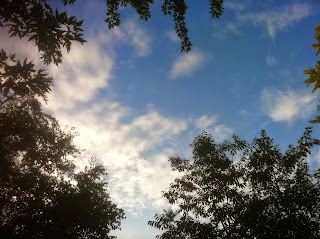 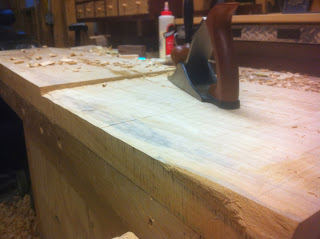 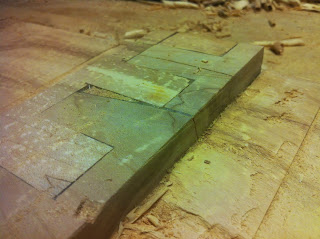 I worked all the way down to it but was scared to cut it all the way off
what if the joint failed?
this three year stint was screwed!
I'd thought about leaving it till the glue-up, then cutting it off later, but it was seriously in the way 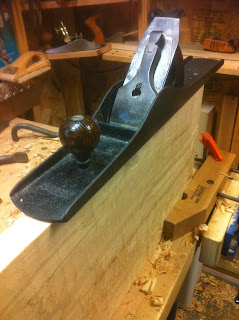 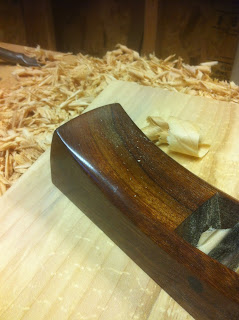 the ends made perfect 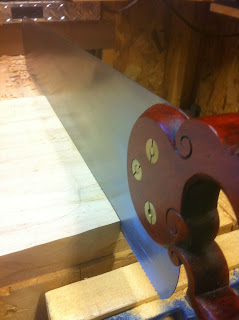 and the whole reason I bought the best damn panel saw I could find
yes, that's Andrew's saw, whole and unscathed as was the fear of a couple readers
these cuts are fourteen inches of the hardest freakin maple ever
and this saw does just what it should
the kerf runs true from the far end to the near, just keep moving yer thumb
the saw never jumps, and makes its own new kerf
just plows on through, completely predictable
and it's funny because this thing is so flexible, it feels like it shouldn't cut as straight as it does
when it's done with a cut it rises forth and sings for a good two seconds each and every time
spooked the crap out of me the first couple times 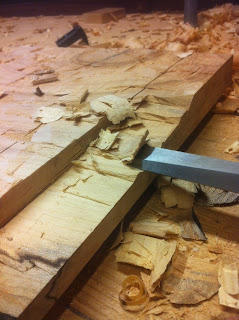 I had to get creative when it came time to bring these giants together
the whole is bigger than my bench, but just as heavy
clamped to the assembly running the center of my shop, it acts as it's own bench
and I can work all sides 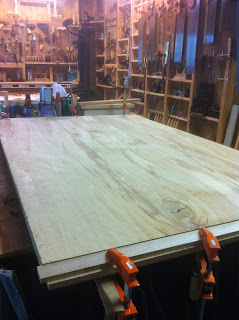 just checking the whole setup before glue
and it's a good thing, when I clamped up, the left slab cocked at a frightening angle
back to the bench, the clamps and a couple different planes
jointing is an art, and I have just the slightest inclination of how to do it right
on the second dry run, however,  it came up perfect 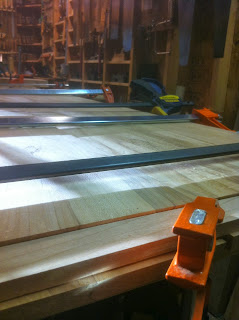 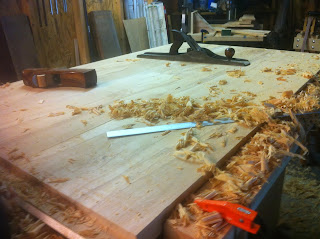 and then the fun really begins!
missing above is the most important plane, the scrub
try not to worry about leaving big scrub tracks, they plane out later
eight hours of labor, three inches of shavings, three meals, and a couple beers
this top is flat!
Posted by Carl Jara at 3:34 PM No comments: