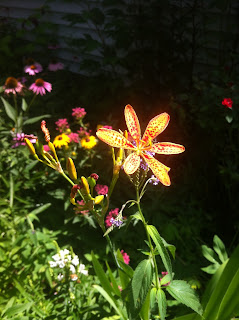 want to really test out a saw?
I bought this bad boy from Mike Allen on Ebay and I knew it cut well right off the bat
so I figured, well, this is what I bought it for
these blanks are 10/4 and I only need 8/4 for the seats
seventeen by seventeen, and with a good resaw, we're talking a drawer bottom later on
I just couldn't stand to waste half an inch of this lumber, and that's a hell of a lot of planing
so let's get to it!


working from the corner, establish a kerf along the line away from you, tilt the saw up and work down the face in front, then cut the hump in the middle, if it's cutting straight and true on both faces, just keep going!

that is till the vice breaks 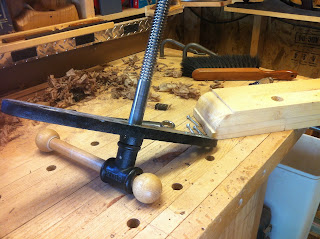 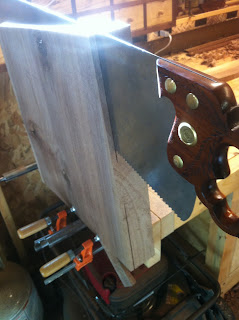 so now it's clamped to the apron
some carefully placed wedges and a six inch metal rule to keep the kerfs from closing under clamping
it's a bit tougher rotating the piece this way, but all the cuts are in the same plane 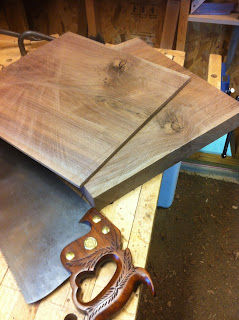 about an hour later and there it is
Posted by Carl Jara at 7:27 PM