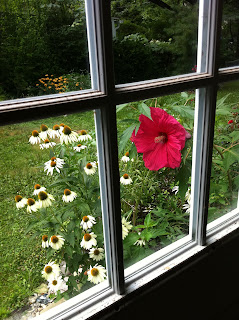 how do i cut a rabbet to house the case back after I've already glued up the carcase
I thought up a hundred ways, each more ridiculous than the last 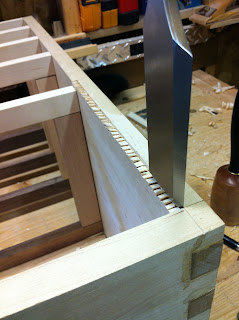 how long would it take to cut it with a coping saw, let see, nope that would take forever
but then again, if I take the kerf long enough to get my Japanese saw in
but really, maple?
well there's no time like the present, and BCTW still sells replacement blades 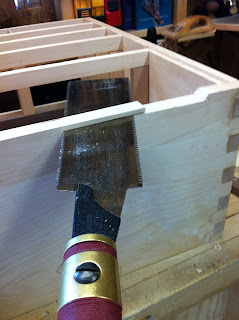 umm, and then there's the hinges
oh yea, the hinges 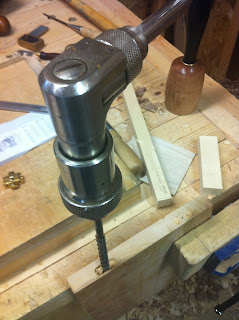 I got these really cool (expensive) invisible Swiss hinges and realized they need to be morticed in, but not just regular mortices, round ended mortices with a stopped hole in the middle inside!
time to make a new tool! 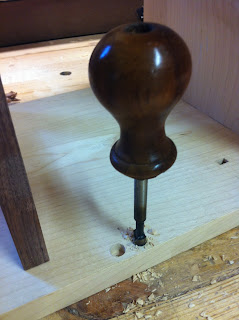 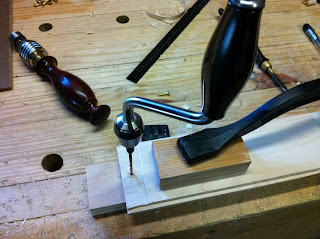 a quick set of drawer stops 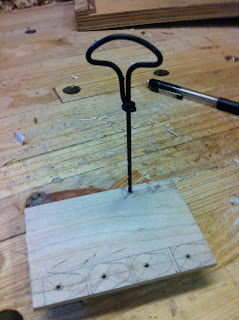 and a slot and screw for each drawer bottom
my new rasps have arrived so i can finally move on to the 68 bottle nooks
and yes a hand cut French rasp of the finest calibre is a thing of beauty
but rasps still rasp, and these guys are way too small to scrape
the rule of power tools still applies, but power tool accessories, now we're talking 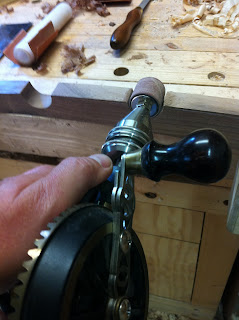 intense debate over the wide chamfers raged until I finally caved I did one, then ten, then realized I really liked the softness they conveyed
not to mention the added ding resistance 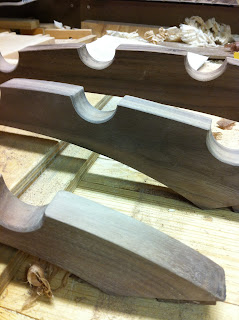 It's almost there, another week of bottle stretchers and pre-assembly finishing can begin
damn good thing i checked the supplies 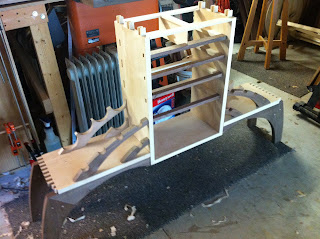 not a drop of finish to be found
crap 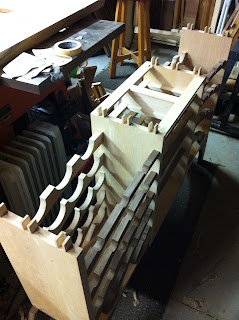